(Dust thou art and unto dust shalt thou return)

In hard times I have never asked for an assistance that exceeds what people around me can afford. I have never believed in whatever immaterial power, in anything outside the palpable, concrete world we live and die in. I don't believe in magic, metaphysics and so on. There's a well known Bible dictum in whose very pragmatic truth I firmly believe since my early childhood: «In sudore vultus tui vesceris pane donec revertaris in terram de qua sumptus es quia pulvis es et in pulverem reverteris» (Genesis 3:19 in the Latin Vulgate Bible): «In the sweat of thy face shalt thou eat bread, till thou return unto the ground; for out of it wast thou taken: for dust thou [art], and unto dust shalt thou return» (Genesis 3:19 in King James Bible). So, whenever someone brings up the God question I simply refer to Bertrand Russell's famous teapot. Here's an excerpt from his critical reasoning.

Many orthodox people speak as though it were the business of sceptics to disprove received dogmas rather than of dogmatists to prove them. This is, of course, a mistake. If I were to suggest that between the Earth and Mars there is a china teapot revolving about the sun in an elliptical orbit, nobody would be able to disprove my assertion provided I were careful to add that the teapot is too small to be revealed even by our most powerful telescopes. But if I were to go on to say that, since my assertion cannot be disproved, it is intolerable presumption on the part of human reason to doubt it, I should rightly be thought to be talking nonsense.
If, however, the existence of such a teapot were affirmed in ancient books, taught as the sacred truth every Sunday, and instilled into the minds of children at school, hesitation to believe in its existence would become a mark of eccentricity and entitle the doubter to the attentions of the psychiatrist in an enlightened age or of the Inquisitor in an earlier time…
Bertrand Russell, Is there a God? 1952


But of course, for the politically aware people of our humble world, Religion, God, etc. is an issue that serves primarily the dominant state of things of exploitation and hypocrisy. Marx has explained that very artfully since a long time ago: Religion is, indeed, the self-consciousness and self-esteem of man who has either not yet won through to himself, or has already lost himself again. But man is no abstract being squatting outside the world. Man is the world of man—state, society. This state and this society produce religion, which is an inverted consciousness of the world, because they are an inverted world. Religion is the general theory of this world, its encyclopedic compendium, its logic in popular form, its spiritual point d'honneur, its enthusiasm, its moral sanction, its solemn complement, and its universal basis of consolation and justification. It is the fantastic realization of the human essence since the human essence has not acquired any true reality. The struggle against religion is, therefore, indirectly the struggle against that world whose spiritual aroma is religion. Religious suffering is, at one and the same time, the expression of real suffering and a protest against real suffering. Religion is the sigh of the oppressed creature, the heart of a heartless world, and the soul of soulless conditions. It is the opium of the people. The abolition of religion as the illusory happiness of the people is the demand for their real happiness. To call on them to give up their illusions about their condition is to call on them to give up a condition that requires illusions. The criticism of religion is, therefore, in embryo, the criticism of that vale of tears of which religion is the halo.
Karl Marx, Η αρχή από την Εισαγωγή στο
A Contribution to the Critique of Hegel's Philosophy of Right, 1843-44, Collected Works, v.3. 1976, New York.

Who in the world is Aris Grandman? 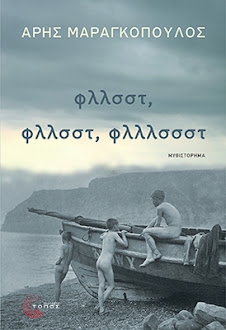 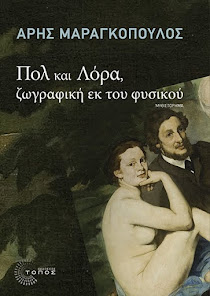 The dramatic story of Paul Lafargue and Laura Marx re-read as the story of social utopias in the 2nd half of 19th century. 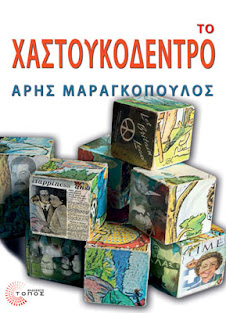 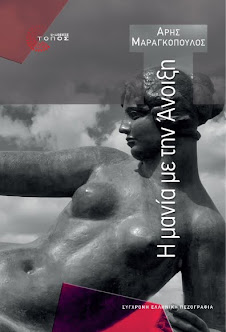 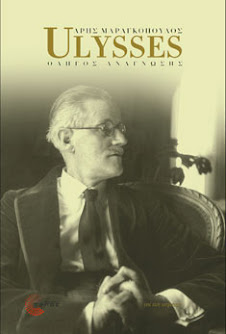 TA ΔΕΔΟΜΕΝΑ ΤΗΣ ΖΩΗΣ ΜΑΣ / THE FACTS OF OUR LIFE 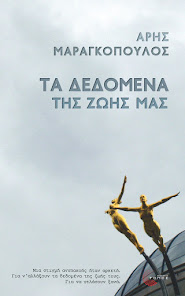 Epistolary novella: the state of things in Greece some years before the Crisis (2002-2015). 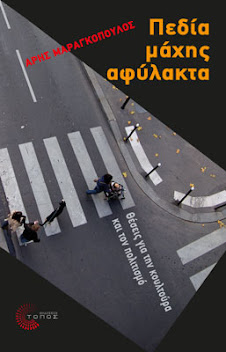 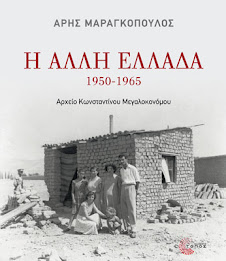 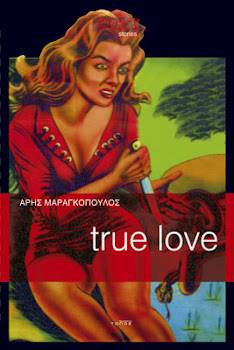 A farcical satire: intricate love affairs at the time of the first internet years (2008)

So familiar, so foreign

—The language in which we are speaking is his before it is mine. How different are the words home, Christ, ale, master, on his lips and on mine! I cannot speak or write these words without unrest of spirit. His language, so familiar and so foreign, will always be for me an acquired speech. I have not made or accepted its words. My voice holds them at bay. My soul frets in the shadow of his language.

James Joyce (1882-1941) in A Portrait of the Artist as a Young Man, ch. 5, explains, from the point of view of a (non Gaelic) Irishman what it feels like to speak in English. In today's globalized world, for someone speaking a language of minor diffusion, like Greek, the feeling is exactly the same.

The Right to be Lazy

If, uprooting from its heart the vice which dominates it and degrades its nature, the working class were to arise in its terrible strength, not to demand the Rights of Man, which are but the rights of capitalist exploitation, not to demand the Right to Work which is but the right to misery, but to forge a brazen law forbidding any man to work more than three hours a day, the earth, the old earth, trembling with joy would feel a new universe leaping within her.
But how should we ask a proletariat corrupted by capitalist ethics, to take a manly resolution ...

He who offers for sale something unique that no-one wants to buy, represents, even against his will, freedom from exchange.