(Dust thou art and unto dust shalt thou return)

In hard times I have never asked for an assistance that exceeds what people around me can afford. I have never believed in whatever immaterial power, in anything outside the palpable, concrete world we live and die in. I don't believe in magic, metaphysics and so on. There's a well known Bible dictum in whose very pragmatic truth I firmly believe since my early childhood: «In sudore vultus tui vesceris pane donec revertaris in terram de qua sumptus es quia pulvis es et in pulverem reverteris» (Genesis 3:19 in the Latin Vulgate Bible): «In the sweat of thy face shalt thou eat bread, till thou return unto the ground; for out of it wast thou taken: for dust thou [art], and unto dust shalt thou return» (Genesis 3:19 in King James Bible). So, whenever someone brings up the God question I simply refer to Bertrand Russell's famous teapot. Here's an excerpt from his critical reasoning.

Many orthodox people speak as though it were the business of sceptics to disprove received dogmas rather than of dogmatists to prove them. This is, of course, a mistake. If I were to suggest that between the Earth and Mars there is a china teapot revolving about the sun in an elliptical orbit, nobody would be able to disprove my assertion provided I were careful to add that the teapot is too small to be revealed even by our most powerful telescopes. But if I were to go on to say that, since my assertion cannot be disproved, it is intolerable presumption on the part of human reason to doubt it, I should rightly be thought to be talking nonsense.
If, however, the existence of such a teapot were affirmed in ancient books, taught as the sacred truth every Sunday, and instilled into the minds of children at school, hesitation to believe in its existence would become a mark of eccentricity and entitle the doubter to the attentions of the psychiatrist in an enlightened age or of the Inquisitor in an earlier time…
Bertrand Russell, Is there a God? 1952


But of course, for the politically aware people of our humble world, Religion, God, etc. is an issue that serves primarily the dominant state of things of exploitation and hypocrisy. Marx has explained that very artfully since a long time ago: Religion is, indeed, the self-consciousness and self-esteem of man who has either not yet won through to himself, or has already lost himself again. But man is no abstract being squatting outside the world. Man is the world of man—state, society. This state and this society produce religion, which is an inverted consciousness of the world, because they are an inverted world. Religion is the general theory of this world, its encyclopedic compendium, its logic in popular form, its spiritual point d'honneur, its enthusiasm, its moral sanction, its solemn complement, and its universal basis of consolation and justification. It is the fantastic realization of the human essence since the human essence has not acquired any true reality. The struggle against religion is, therefore, indirectly the struggle against that world whose spiritual aroma is religion. Religious suffering is, at one and the same time, the expression of real suffering and a protest against real suffering. Religion is the sigh of the oppressed creature, the heart of a heartless world, and the soul of soulless conditions. It is the opium of the people. The abolition of religion as the illusory happiness of the people is the demand for their real happiness. To call on them to give up their illusions about their condition is to call on them to give up a condition that requires illusions. The criticism of religion is, therefore, in embryo, the criticism of that vale of tears of which religion is the halo.
Karl Marx, Η αρχή από την Εισαγωγή στο
A Contribution to the Critique of Hegel's Philosophy of Right, 1843-44, Collected Works, v.3. 1976, New York.

The less you eat, drink and buy books; the less you go to the theatre, the dance hall, the public house; the less you think, love, theorise, sing, paint, fence, etc., the more you save – the greater becomes your treasure which neither moths nor rust will devour – your capital. The less you are, the less you express your own life, the more you have, i.e., the greater is your alienated life, the greater is the store of your estranged being. Everything which the political economist takes from you in life and in humanity, he replaces for you in money and in wealth; and all the things which you cannot do, your money can do. It can eat and, drink, go to the dance hall and the theatre; it can travel, it can appropriate art, learning, the treasures of the past, political power – all this it can appropriate for you – it can buy all this: it is true endowment. Yet being all this, it wants to do nothing but create itself, buy itself; for everything else is after all its servant, and when I have the master I have the servant and do not need his servant. All passions and all activity must therefore be submerged in avarice. The worker may only have enough for him to want to live, and may only want to live in order to have that.


Karl Marx, «Human requirements and Division of Labour under the rule of private property», Economic and Philosophical Manuscripts of 1844, Manuscript ΙΙΙ, ΧΙV.


Money. For most people the meaning of life has always been a question of money.
A truth I have never been completely aware of.

I have never understood in full the value of money. I had rather never work. But I have had no money from home, no family properties, nothing. So, since my early youth I was obliged to earn my living as almost everybody in this world of the few rich and the many poor. In doing so I have followed the stream, the mainstream course of things, the society manners.
It was not plain money I was after. I have just wanted to live a decent life with my books, my cinema, my trips here and there. That is all. No excesses of any kind. The world is too vast to see, to read, to enjoy it in a lifetime. And it is almost for free. Spending time for getting more and more money, compared to this enjoyment, is a foolish waste of time. 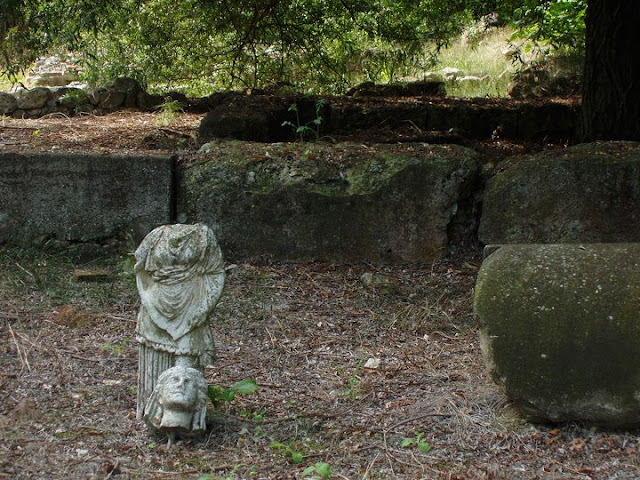